Don't Sink Your Teeth Into This 4.3% Yield

How do you pay a dividend when you don’t generate any cash?

That’s a question income investors in Diamondback Energy (Nasdaq: FANG) should be asking. The stock currently pays a 4.3% yield, yet it doesn’t generate any cash. In fact, it burns cash every year.

Wall Street predicts free cash flow will be just negative $1.8 million. So if the company beats expectations by just a little bit, it could be cash flow positive.

That’s a heck of an improvement, but it doesn’t solve the problem of how to pay the expected $226 million in dividend payments this year.

The Texas-based oil and gas company has paid a dividend only since 2018, so its history is very short. During that time, despite a lack of any free cash flow, it has boosted the dividend significantly, doubling it from last year. 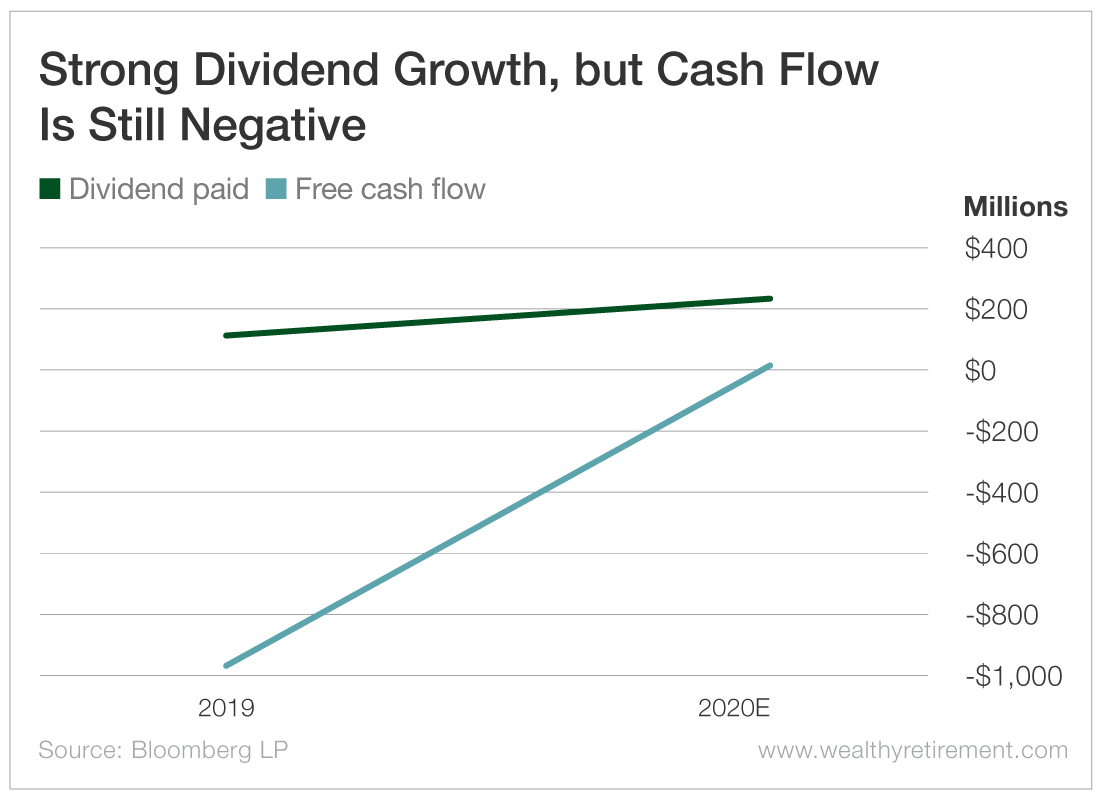 Now, management has stated that if free cash flow doesn’t cover the dividend, it will “cut capital to ensure [its] dividend is protected.”

So clearly, management takes its dividend seriously. But there comes a point when you eventually need cash to pay the dividend.

A company is not like the government, which can create money out of thin air and then use it to send checks to people…

If a company isn’t generating enough cash to pay the dividend, it pays it out of cash on hand, borrows money or sells stock to raise capital.

As of September 30, Diamondback Energy had $92 million in cash, so not nearly enough to pay shareholders for two quarters – even if it drained its cash holdings.

So that means the company will be selling stock or issuing more debt to pay the dividend.

Management promises to protect the dividend. But if it is not able to generate enough cash flow in the near future, it may have to rethink that pledge.

Do You Own ANY 5G Stocks? [sponsor]

CNN calls 5G "the lifeblood of the new economy."

If you don't invest now, you'll regret it later.

Click here for details on the top 5G stock.